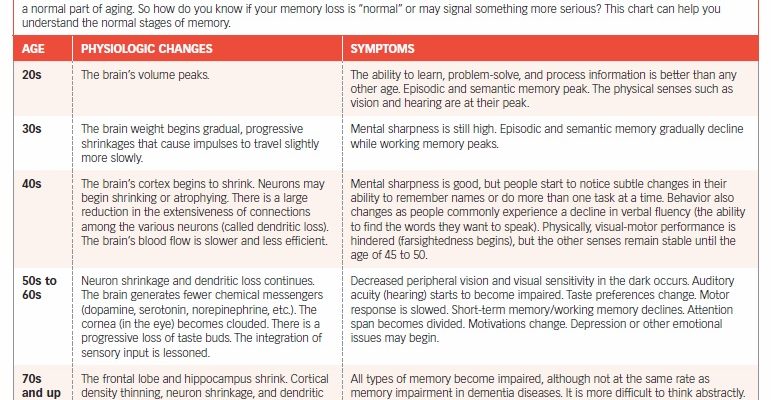 For a person with mild cognitive impairment (MCI), sometimes called “pre-dementia,” forgetfulness becomes a prominent part of life, not a minor distraction. MCI involves forgetting information that is normally remembered, such as the name of a close friend, the subject matter of a movie, or the score of the football game that you just watched. If you’re battling MCI, those who are closest to you are the first to notice. If this occurs, make a doctor’s appointment and implement interventions with natural therapies and lifestyle changes as soon as possible.

The most common symptom of MCI is memory loss. Other symptoms previously considered early Alzheimer’s are now considered mild MCI. These include having difficulty with:

When symptoms begin to impair a person’s ability to function in daily life, advanced, irreversible brain degeneration and Alzheimer’s may be suspected. At this stage, the areas of the brain that control language, reasoning, sensory processing, and conscious thought appear damaged. These signs include:

As dementia progresses in severity, symptoms may also include:

Dementia, memory loss, and cognitive decline are on the rise, in part due to unhealthy lifestyles and diets, which are risk factors for these conditions. Many people grow up with habits that rob them of good brain health. Diets high in heavily processed foods, obesity, lack of physical activity, inflammatory disorders, and diabetes increasingly affect growing numbers of children and adolescents.

Research shows that cognitive decline is seen more frequently in adults around the age of 45—a good 15 to 20 years earlier than in previous generations. In addition, autopsies show that the physical signs of Alzheimer’s are evident in the brains of people in their 40s, even though they were symptom-free. Identifiable risk factors such as hypertension (high blood pressure) accelerate cognitive decline in people under 65.

Like their older counterparts, people who develop MCI early on have an increased risk of developing Alzheimer’s or dementia. Approximately 200,000 Americans with Alzheimer’s are under the age of 65. Many began experiencing symptoms of MCI in their 30s, 40s, and 50s. For middle-aged people who are overweight, the risk increases to 80 percent. For those with a “pot belly,” or excess abdominal fat, the risk triples. In obese individuals (a body mass index of over 30) with excess abdominal fat, the risk almost quadruples. 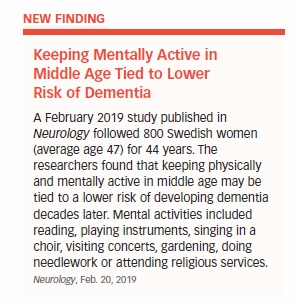 If you want to improve and protect your brain health you can make healthy lifestyle changes like diet and exercise on your own; however, a medical practitioner remains a necessary ally. Many chronic health conditions increase the risk of MCI and Alzheimer’s, some of which need medical attention. For example, hypothyroidism can affect brain function, so the use of thyroid hormones will be necessary. You also may need medical management for hypertension, diabetes, or other hormone deficiencies, all of which are risk factors for MCI.

Your doctor can run lab tests to screen for other risk factors:

The results of these tests can help you recognize it’s time to take the steps to lower the risks.

Your doctor may make the diagnosis of MCI or Alzheimer’s by ruling out other possible causes by evaluating your symptoms and history. He or she may use a neuropsychological exam to measure memory, language skills, and other cognitive functions. 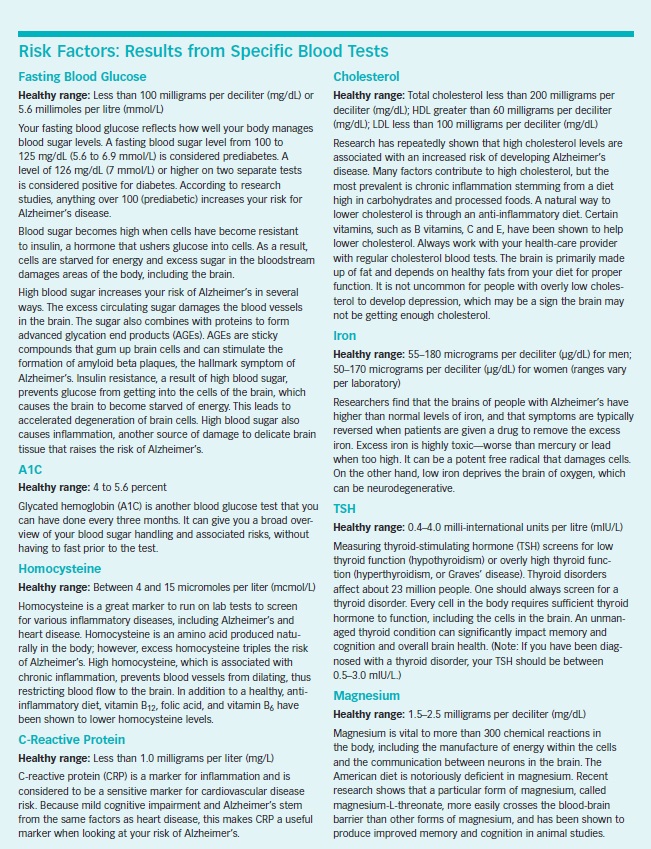