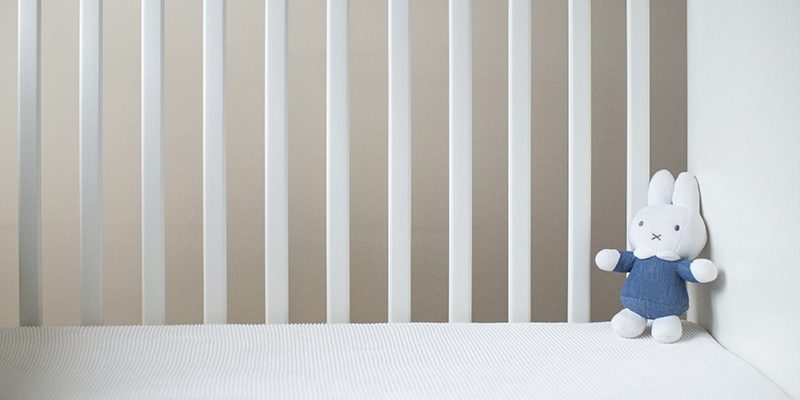 By the Children’s Health Defense Team

Note: This article primarily focuses on infant mortality; a follow-up article will discuss child and adolescent mortality in greater detail. 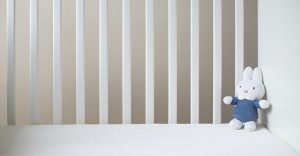 The United States spends over $230 billion annually on children’s personal health care, representing about 8.4% of total U.S. health care spending. Spending jumped by 56% between 1996 and 2013—with some of the increase likely covering vaccine program costs that began “dramatically” escalating in the 1990s—but these substantial outlays are not translating into a rosy health picture for American children.

Instead, leading child health indicators seem to be giving new meaning to the phrase “geography is destiny.” International comparisons show that the U.S. has ranked lowest among twenty developed nations for child mortality since the 1990s and currently ranks behind 55 other countries worldwide for infant mortality. The U.S. also lags behind other developed countries in terms of the rate at which infant mortality is declining—in fact, infant mortality due to prematurity or low birthweight began trending upward in the late 1980s. At present, U.S.-born children are 76% more likely to die before their first birthday than infants in other wealthy nations—with 1 out of every 270 American babies dying in their first year of life as of 2015. Thus, from infancy on, young Americans are confronted with the challenge of beating terrible odds.

“… more American newborns die the day they are born than in any other developed nation.

Welcome to the world…

Considering deaths that occur on the first day of life, it is sadly noteworthy that more American newborns die the day they are born than in any other developed nation. Globally, 68 other countries have a better standing than the U.S. in terms of newborn deaths.

Many of these tragic deaths are related to the higher percentage of premature births that occur in the U.S. compared to other developed countries. Could this have anything to do with the United States’ non-evidence-based administration of vaccines during pregnancy, and influenza vaccines in particular? Babies born to women who received flu shots during pregnancy are at greater risk of preterm birth as well as low birthweight and fetal death. Internationally, researchers have objected to across-the-board influenza vaccination of pregnant women in the absence of “strong and consistent” randomized clinical trial evidence—and in the U.S., no vaccines have ever been approved by the Food and Drug Administration (FDA) “specifically for use during pregnancy to protect the infant”—yet the CDC continues to tell pregnant women that flu shots are safe.

Black babies in the U.S. are at particular risk of dying in their first month or year, with a 2.5 to 2.8 times higher risk of mortality compared to white infants. Common causes of excess mortality in black infants include perinatal conditions and sudden infant death syndrome (SIDS).

“Without even counting the vaccines administered prenatally, American infants receive more vaccines in their first year than infants anywhere in the world. Many of those vaccines are administered in bundles at well-baby visits around two and four months—exactly when nine out of ten SIDS deaths occur.

When it comes to postneonatal deaths of American infants—those that occur between 28 days and one year—SIDS is the leading cause. By definition, SIDS refers to death in a “seemingly normal, healthy infant under one year of age” that is both unexpected and unexplainable, but again, there is mounting evidence that at least some of the phenomenon may be “medically induced” through vaccination. Without even counting the vaccines administered prenatally, American infants receive more vaccines in their first year than infants anywhere in the world. Many of those vaccines are administered in bundles at well-baby visits around two and four months—exactly when nine out of ten SIDS deaths occur.

U.S. researchers have largely ignored the important question of a potential SIDS-vaccine connection. However, European investigators have examined the issue as it pertains to some combination vaccines. For example, a study by Italian researchers described the case of a three-month-old infant who died within 24 hours of receiving the Infanrix hexa vaccine manufactured by GlaxoSmithKline. (The six-in-one vaccine includes antigens for diphtheria, tetanus, acellular pertussis, Haemophilus influenzae type B, poliovirus and hepatitis B.) After examining clinical data, postmortem findings and immunohistochemical and laboratory analyses, the investigators concluded that “acute respiratory failure likely due to post hexavalent immunization-related shock was the cause of death.”

Recently, an independent Italian research group studied the chemical composition profile of Infanrix hexa and was surprised to find that it showed zero evidence of the six antibody-inducing antigens that the vaccine is supposed to provide. Instead, the hexavalent vaccine contained numerous chemical contaminants and toxins, bacterial peptide toxins as well as an “insoluble and indigestible macromolecule” unrecognizable by any protein databases—in short, “a compound with an unknown and unpredictable toxicity and efficacy.”

“The authors deemed it plausible that vaccine components could have a direct role in sparking off a lethal outcome in vulnerable babies.

Another set of Italian researchers conducted histological examinations of over 100 young SIDS victims for whom detailed clinical and environmental information was available; in 12% of the cases, the SIDS deaths occurred within one to seven days of hexavalent vaccination. The authors deemed it plausible that “vaccine components could have a direct role in sparking off a lethal outcome in vulnerable babies.”

Considering precisely this question of “vulnerable babies,” a group of Spanish researchers reviewed clinical and surveillance studies of hexavalent vaccination in infants born premature or low birthweight. Although casually dismissive of most vaccination risks in this delicate subpopulation, the authors nevertheless reported that 13% to 30% of “medically stable” babies with a history of prematurity or low birthweight had experienced an adverse cardiorespiratory event (cessation of breathing or abnormally low heart rate) following just one dose of hexavalent vaccine.

“… the U.S. Court of Federal Claims ruled in 2017 that there was preponderant evidence supporting a claim that vaccines caused or substantially contributed to a 2011 SIDS death.

In the U.S., the Centers for Disease Control and Prevention (CDC) employs evasive semantics to avoid too many troubling questions about the causes of SIDS. It does so by lumping SIDS under the broader three-pronged umbrella of “sudden unexpected infant deaths” (SUID), which separates SIDS events from deaths from “unknown causes” and “accidental suffocation and strangulation in bed” (ASSB). As a result, the agency likes to claim that SIDS rates fell in the 1990s and have remained stationary since then.

However, a 2006 analysis by some of the CDC’s own researchers showed that most of the apparent decline was an artifact of the CDC’s changes in cause-of-death classification away from SIDS in favor of “cause unknown/unspecified” and ASSB. Other factors point to considerable underreporting of SIDS deaths, including reporting anomalies, the inadequacies of death certificates as a source of complete information and the “complicated” and “convoluted” process involved in creating and registering causes of death for public records.

In a surprising concession, the U.S. Court of Federal Claims ruled in 2017 that there was “preponderant evidence” supporting a claim that vaccines “caused or substantially contributed” to a 2011 SIDS death. The court, which has a notoriously high burden of proof, also ruled that the death could not be attributed to non-vaccine-related factors. Unfortunately, the ruling has had no consequential impact on childhood vaccine policies. Au contraire—states like California, New York and Maine are now stomping on the human rights of even the most medically fragile children and sanctimoniously denying that vaccine-related injuries and deaths even occur. Moreover, despite the various studies highlighting hexavalent vaccine dangers, the FDA just saw fit, in December 2018, to approve the U.S.’s first hexavalent pediatric vaccine; Vaxelis, jointly manufactured by Sanofi and Merck, will be made available to the pediatric vaccine market sometime in 2020.

With the disproportionately high rates of premature birth, low birthweight, birth defects and other infant health challenges that prevail in the U.S., policy-makers should be acknowledging that vulnerable babies abound. At the same time, they should be taking note of the fact that vulnerabilities are not always apparent and are not the whole story—more than four in ten sudden unexpected deaths in infancy occur in seemingly healthy babies born full-term. The success of early 20th-century initiatives to reduce infant mortality occurred “before widespread use of vaccination and medical technologies” but instead of learning from history or recognizing the need to avoid exposing young children to unnecessary risks, the U.S. public policy mantra seems to be “full speed ahead.”

Previous: The Stress of Giving Birth The Way You Choose In The Face Of The Trend Of Pressured And Forced C-Sections In Hospitals Nationwide
Next: 48 Techniques You Can Use To Help Heal Your Damaged Relationship