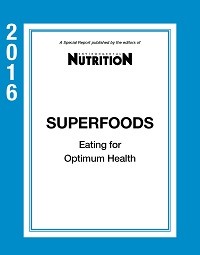 Of all the diseases affecting men, prostatitis is among the most perplexing. It encompasses an array of symptoms that vary from person to person, making treatment decisions difficult. Likewise, the factors that can trigger prostatitis symptoms or worsen them are as diverse as the symptoms, leaving many men with little control over their disease.

Among the lifestyle factors that might influence the course of prostatitis, diet has generated considerable interest among both doctors and patients. After all, it’s something you can do that might help you gain some control over prostatitis. But there is no one prostatitis diet you can follow, according to a leading expert. Rather, you have to find the right combination of foods and beverages that works for you.

“Anecdotally, I have men whom I’ve given advice to regarding diet and it’s made absolutely no difference. In other patients, there’s a world of difference if they just stop drinking coffee and eating nuts, chocolate, and acidic things,” says J. Curtis Nickel, MD, President of the Canadian Urological Association and professor of urology at Queen’s University in Kingston, Ontario, Canada.

“My experience,” Dr. Nickel adds, “is that men sometimes find trigger foods or drinks that exacerbate their symptoms, and they should avoid them. Everybody’s a little different. I think it has to be individualized.”

Supercharge Your Diet with Foods Bursting with Nutrients

Put the preventive and health-giving powers of good food in your hands. Get your copy of Superfoods.

Evidence for a Prostatitis Diet

The term “prostatitis” usually refers to chronic prostatitis/chronic pelvic pain syndrome (CP/CPPS), by far the most common form of prostatitis. And, although the term implies inflammation or infection of the prostate, in the vast majority of cases of CP/CPPS, an infection is not to blame. As a result, many men with the condition are treated unsuccessfully with prolonged courses of antibiotics, and they may go through years of ineffective of marginally effective treatment, searching for answers to the enigma that is CP/CPPS. (See our post “Prostatitis Treatments: What Are Your Options?”)

Evidence supporting a true prostatitis diet is weak, Dr. Nickel says. Still, many men with the disease have some dietary and supplement sensitivities. In one study (Urology, December 2013), about half of 95 CP/CPPS patients surveyed reported that certain foods and beverages aggravated their symptoms, most commonly spicy foods (such as hot peppers and chili), coffee, tea, and alcoholic beverages.

On the flip side, water, herbal teas, psyllium fiber, and certain stool softeners seemed to alleviate symptoms the most, the study found. Experts generally recommend drinking plenty of fluids and eating high-fiber foods, such as fruits, vegetables, and whole grains, to avoid constipation, which can be painful if your prostate is inflamed.

The problem foods mentioned in the study seem to be an issue for many men with CP/CPPS. They’re also among the bothersome foods and beverages listed by the Interstitial Cystitis Association, whose bladder-friendly diet Dr. Nickel often recommends to his patients as a starting point, in the absence of a true evidence-based prostatitis diet.

Still, finding your own problem foods is a matter of trial and error. “I have patients eliminate certain items from their diet to see if it makes any difference, and if it does, then we develop an individualized diet focused on what aggravates their symptoms,” Dr. Nickel says. “I do like that all patients be given some dietary advice. Certainly, it’s worth trying, and since there are very few evidence-based treatments out there, it just adds to our armamentarium if the patient can be doing something constructive, particularly if it helps.” 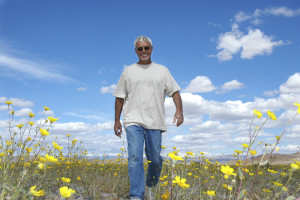 Staying active via physical activity is an important step in managing prostatitis symptoms. Stretching and walking are preferred; avoid bicycling and high-impact exercises like running.

Other Steps You Can Take

Besides formulating a prostatitis diet, you can do plenty of other things on your own that might ease your symptoms and help you cope more effectively. You might try sitting on a doughnut-shaped cushion, using a heating pad, or taking a warm sitz bath to help ease pelvic muscle spasms and pain.

It’s also vital to stay physically active. In one study, researchers reviewing data on 20,918 male healthcare professionals found that men with higher levels of leisure-time physical activity were less likely to develop CP/CPPS in the first place, compared with their counterparts who walked an hour or less a week (Medicine and Science in Sports and Exercise, April 2015).

Overall, research suggests that exercise can benefit patients with CP/CPPS and other chronic pain syndromes. (Dr. Nickel recommends stretching, walking, and other low-impact exercises, and discourages bicycling and high-impact exercises such as running, which might exacerbate pelvic pain.) Conversely, research by Dr. Nickel and others suggests that remaining inactive because of your prostatitis can result in more pain and disability.

“We have proven that the maladaptive coping technique of pain-contingent resting (being sedentary as a coping mechanism) is very, very counterproductive. It worsens the problem,” he says. “Exercise is great to ameliorate symptoms of pain.”

Exercise is also a great stress reliever—and stress, anxiety, and depression often go hand in hand with prostatitis. CP/CPPS can result in catastrophizing, or focusing on the negative, feeling helpless, and imagining the worst-case scenario. Finding ways to manage your stress and improve your emotional wellbeing—whether it’s through exercise, counseling, meditation, or other relaxation techniques—can go a long way toward easing your prostatitis symptoms.

“We have shown in clinical trials that stress, anxiety, depression, and, specifically, catastrophizing greatly aggravate the pain and symptoms, decrease quality of life, and increase disability,” Dr. Nickel explains. “Recognize that rumination and magnification of the problem only makes things worse. Stress management is very important. Relaxation exercises, stress-reduction programs, and, for some people, yoga all can help.”

The post Is There Such a Thing as a Prostatitis Diet? appeared first on University Health News.

Read Original Article: Is There Such a Thing as a Prostatitis Diet? »

Previous: Why Is Drinking Water Important? 6 Reasons to Stay Hydrated
Next: The Benefits of CoQ10 on Patients Taking Statin Drugs