Gestational diabetes is a condition routinely tested for during pregnancy due to the potential harm it can cause women and babies. However, women are often given little explanation or choice when testing for gestational diabetes. This article aims to clarify readers’ understanding of the condition,  symptoms, testing procedures, risk factors and potential complications. 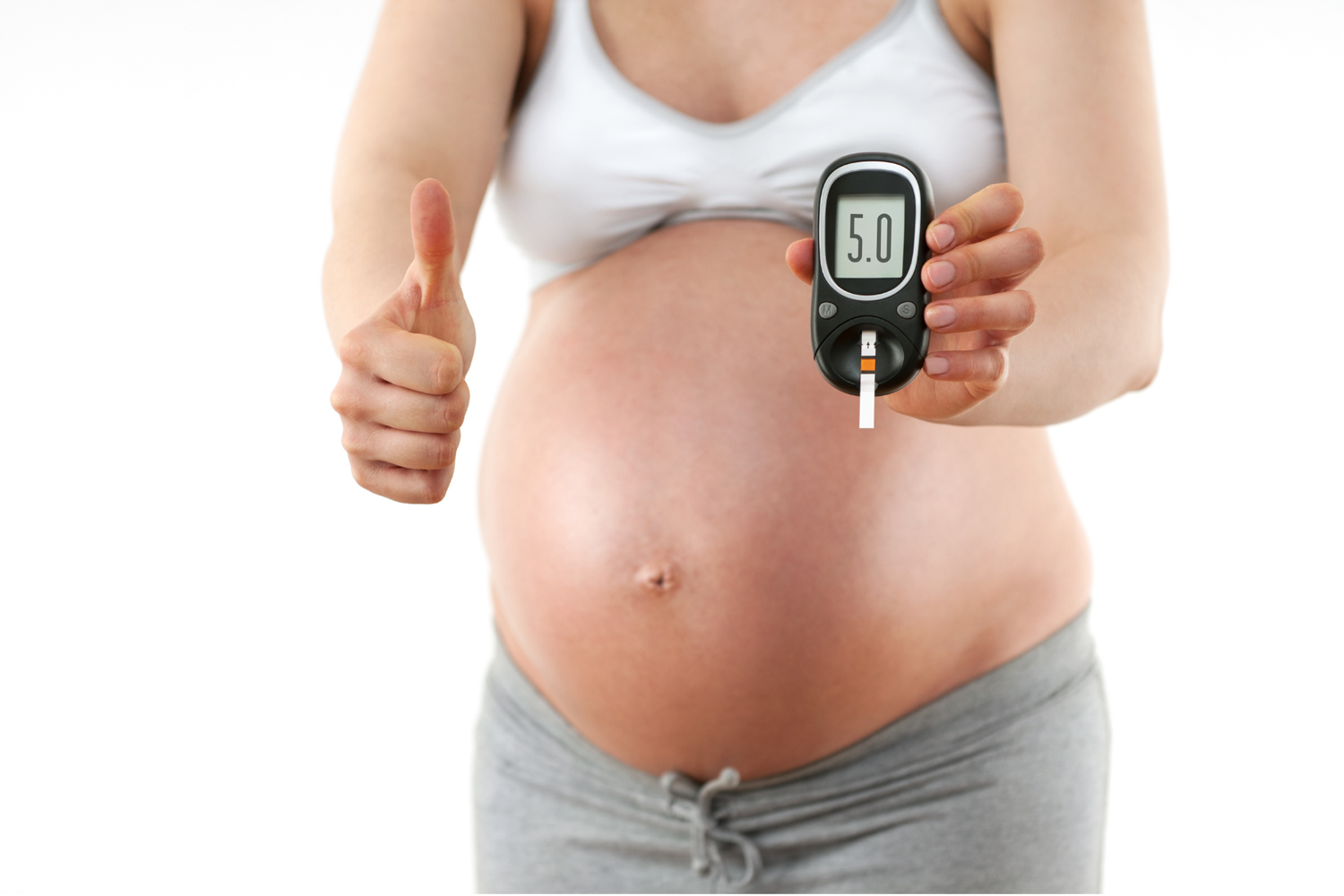 What is gestational diabetes?

Gestational diabetes is not a genuine form of diabetes but rather an intolerance to glucose (sugar), which creates high glucose levels in the blood (hyperglycaemia) during pregnancy.

After you eat, the carbohydrates you consume break down into glucose, a simple sugar that provides energy to the body. So the glucose can be absorbed into your cells, and the pancreas produces the hormone insulin, which converts glucose into glycogen.

Your baby’s placenta makes particular hormones to support the pregnancy. These placental hormones cause your body’s cells to use insulin less effectively than usual, particularly towards the end of pregnancy.

Known as insulin resistance, this decrease in effectiveness is a normal part of pregnancy. Most women’s bodies can effectively respond and adapt. However, some women do not produce enough insulin to manage this pregnancy change, and as a result, their blood sugar becomes too high.

What are the symptoms of gestational diabetes?

There is a range of symptoms associated with gestational diabetes. However, many of these symptoms – like frequent urination, increased thirst, fatigue, yeast infections (thrush) and nausea and vomiting – are also pregnancy symptoms. Other symptoms, like blurred vision and weight loss, even with increased appetite, are not consistently experienced by all women. 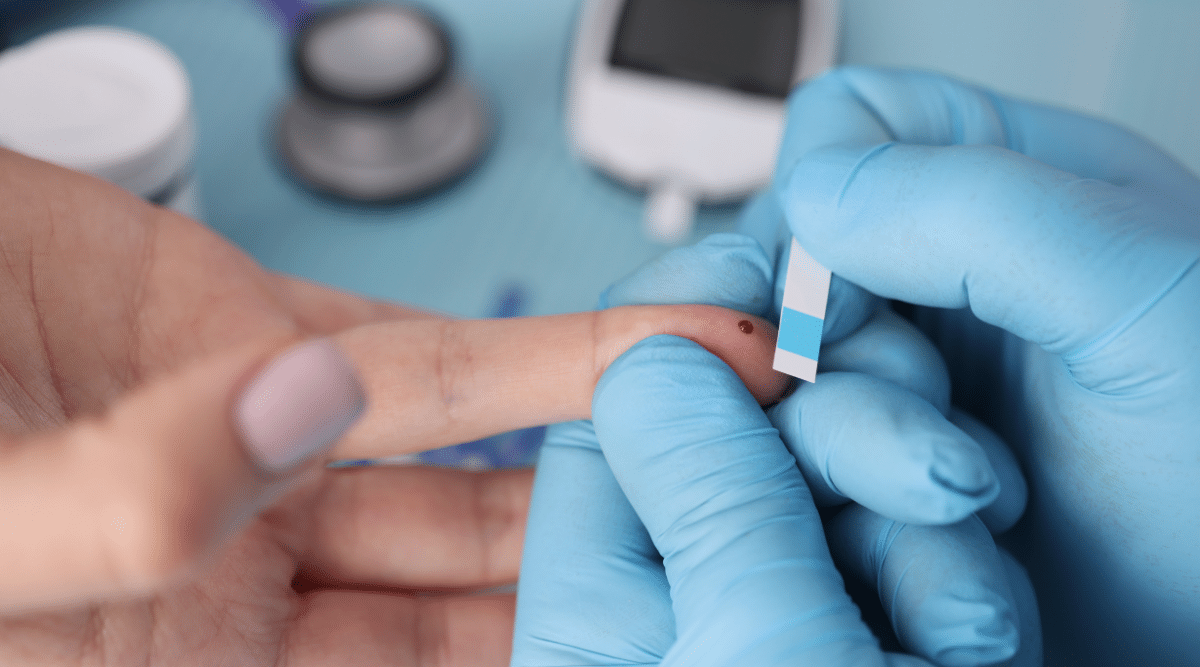 The effects of high blood sugar levels on mother and baby

In 2008, the Hyperglycemia and Adverse Pregnancy Outcomes (HAPO) Study Cooperative Research Group published an article based on research conducted on 25,505 pregnant women across nine countries who underwent testing for gestational diabetes.

The study was conducted based on the need to establish consistent criteria for assessing whether women have gestational diabetes. More specifically, at what level is blood sugar considered a problem for mothers and babies.

Despite testing more than 25,000 women, the results of the HAPO report plainly stated ‘there were no obvious thresholds at which risks increased’. The HAPO study did not achieve its objective of identifying consistent criteria for assessing gestational diabetes.

However, the study results did provide clear evidence that women with exceptionally high blood sugar levels and their babies are at risk of severe complications and adverse outcomes. Furthermore, the risks become greater the higher a woman’s blood sugar level rises.

Complications as a result of high blood sugar

Severe complications of gestational diabetes can affect health and well-being, both during pregnancy, birth and later life. These complications include:

We know specific risk factors increase a woman’s chance of developing gestational diabetes. The Australian Institute of Health and Welfare and the Australasian Diabetes in Pregnancy Society identify the following risk factors:

How do we test for gestational diabetes?

A test commonly used to diagnose gestational diabetes in Australia is called the oral glucose tolerance test (OGTT). It measures the amount of glucose (blood sugar) in your blood under certain conditions. To perform an OGTT, you are asked to fast (not eat) for 8 to 10 hours beforehand. Then a blood test is taken as a baseline measure of your blood sugar with an empty stomach when you arrive.

Following this blood test, you are given glucose (usually 75g) in the form of a sweet liquid which you are asked to drink quickly. The objective of the liquid is to cause your blood sugar to rise rapidly so your care provider can then examine how your body responds. Additional blood tests are then taken at intervals (usually 1 hour and 2 hours) to measure your blood sugar levels, plus how quickly and effectively your body is processing glucose.

While Australia routinely administers the OGTT to all women, this one-step test has been shown to result in more women being classified as having gestational diabetes than the alternative two-step method used in other countries. In addition, the OGTT is problematic because it means that where you live in the world, and the testing method the country uses, can affect whether you are tested and whether you are diagnosed with gestational diabetes. 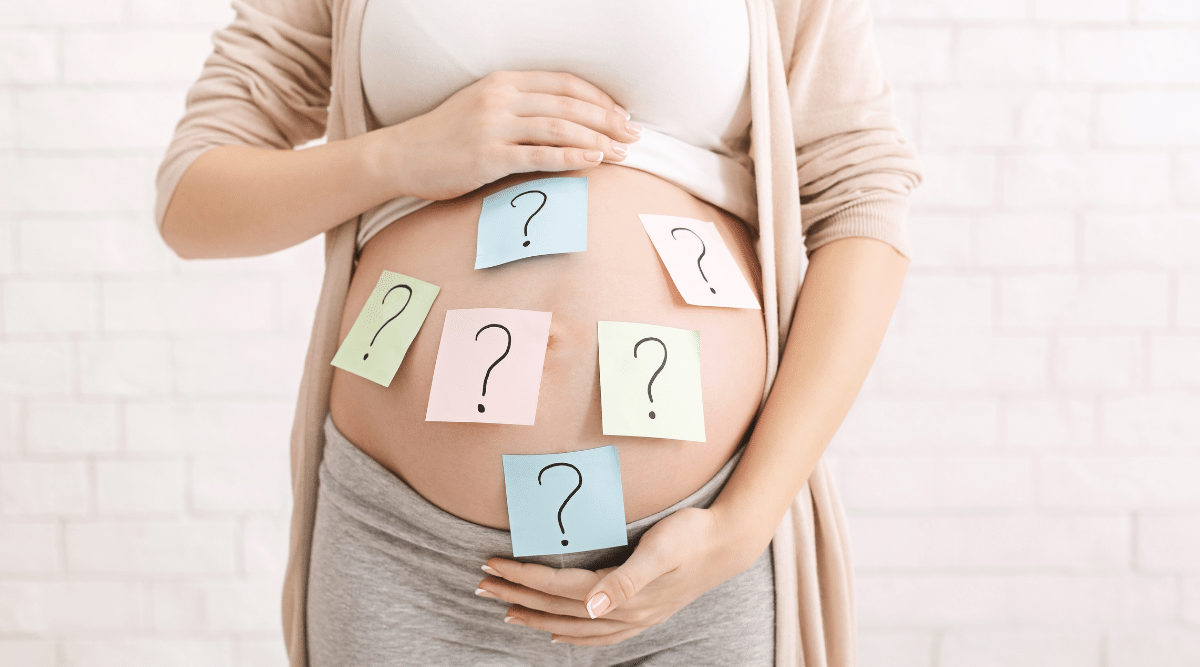 Who should be tested for gestational diabetes?

The NICE guidelines state only women with five risk factors should be offered a test for gestational diabetes. These risk factors are a BMI greater than 30 kg/m2, a previous large baby of 4.5+ kg, previous gestational diabetes, a family history of diabetes or ethnicity with a high prevalence of diabetes. Australia, however, does not follow the NICE guidelines.

In Australia, the current recommendation is that all women be tested for gestational diabetes at 24 to 28 weeks, irrespective of whether they have risk factors. Because in 2010, new guidelines were released by the International Association of the Diabetes and Pregnancy Study Groups (IADPSG), which Australia chose to follow.

The decision by the Australian medical authorities to follow the IAPSG recommendations was highly controversial because these recommendations were not based on evidence. As astonishing as this may sound, it is true.

There is no evidence of value in universally testing all Australian women. The one-step test recommended by the IADPSG is flawed and potentially harmful. To read more about the way testing differs between countries or the IADPSG recommendations and the impacts on Australian women and babies, consider reading the articles in the further reading box.

PBB aims to keep you informed with the latest research-based information. Check out our reference list used in the creation of this article.

Yvette Barton has a degree in education and works as an academic at Western Sydney University. She is an advocate for continuity of care, homebirth, women’s rights during birth, natural and adoptive breastfeeding, co-sleeping, babywearing and conscious parenting. Yvette has a special place in her heart for the impacts and commemoration of child and pregnancy loss, infertility and the IVF journey. Yvette lives in Sydney with her daughter. She is a proud member of the LGBTQ+ community.

At PBB we’d love for you to share this article

The post The Ins and Outs of Gestational Diabetes appeared first on Pregnancy Birth and Beyond.

Read Original Article: The Ins and Outs of Gestational Diabetes »

Previous: Who Should Get Vaccinated Against Monkeypox?
Next: Bright Start program for mothers, pregnancy, expanding statewide – Argus Leader