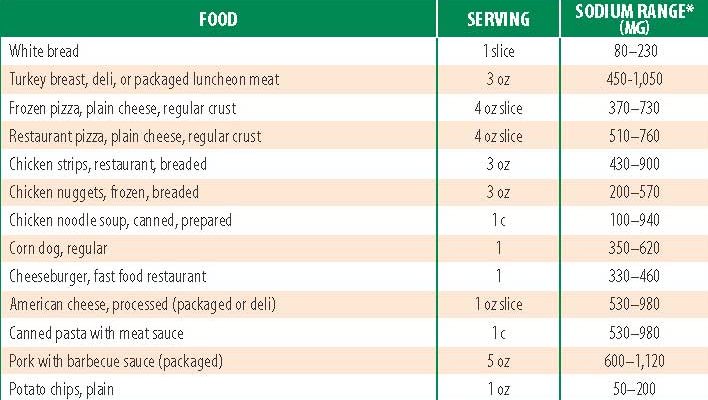 For almost half a century now, health organizations, health professionals, researchers and government agencies have recommended that we reduce our sodium intake to lower the risk of developing high blood pressure, which is a proven risk factor for heart disease and stroke. But the call for slashing sodium intake has not been taken to heart, so to speak.

The 2015–2020 U.S. Dietary Guidelines recommend an intake of less than 2,300 milligrams (mg) of sodium a day. However, according to the Centers for Disease Control and Prevention, the average daily intake is currently about 3,400 mg. Last year, an article in the Journal of the American Medical Association estimated that a decrease in sodium intake by as little as 400 mg a day could prevent 32,000 heart attacks and 20,000 strokes each year. That amount of sodium can be found in one cup of chicken noodle soup or three-fourths of a slice of American cheese.

How Sodium Raises Blood Pressure. Excess sodium in the diet becomes excess sodium in the bloodstream, which pulls water into blood vessels in an effort to dilute the sodium concentration. When the amount of blood inside the blood vessels increases, so does blood pressure. Sort of like turning up the water flow on a hose; as the water volume in the hose increases, so does the pressure. Although nearly everyone can benefit from sodium reduction, some people are more salt sensitive than others and will experience greater fluctuations in blood pressure depending on the amount of sodium they consume. Scientific research indicates that these individuals who might benefit the most from salt reduction often include those who are older, African American, and have high blood pressure, diabetes or chronic kidney disease.

Cutting Back. Salt (sodium chloride) is found in most foods, natural or processed, but processed foods contain much, much more. According to the Centers for Disease Control and Prevention, 90 percent of the sodium Americans eat comes from restaurant, prepackaged, and processed foods. Only about 5-6 percent comes from salt added at the table. The best ways to cut back on sodium are: 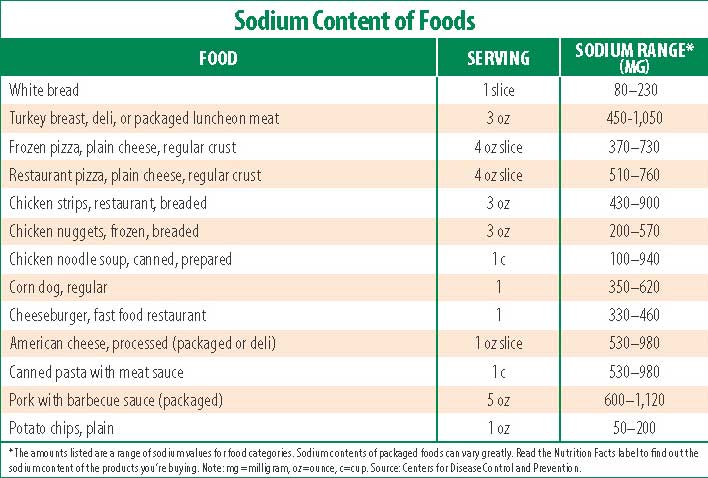 The post Skip Out on High-Sodium Foods appeared first on University Health News.

Previous: Say Cheese, Please!
Next: Crack Into a Pistachio Today