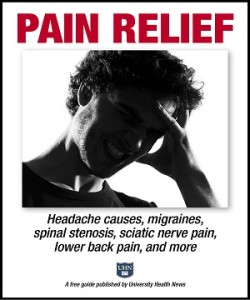 If your usual morning routine includes downing a strong cup of coffee, then any departure from this habit could result in a caffeine headache. This is because caffeine isn’t just a stimulant—it also has what’s called a “vasoconstrictive” effect, which means that it narrows blood vessels, including those situated in the brain. Unfortunately, this means that if you skip your usual dose of caffeine in the morning, your blood vessels dilate again, resulting in pain.

A caffeine headache may develop not only if you don’t drink any coffee at the usual time—it also can develop if you drink less (say, one cup instead of two to three).

This FREE guide shows you how to successfully target and treat the most common forms of pain.

It isn’t clear what causes migraines—what triggers them tends to differ between individuals. Experts theorize that sufferers may have a genetic disposition to these severe headaches, and that stress, hormones, and changes in blood flow and blood vessels also may be factors.

Dilated blood vessels are a hallmark of migraine headaches, so often a caffeine headache will develop into a migraine if you are susceptible. If you frequently suffer from migraines and you’re a coffee drinker, your doctor may recommend that you gradually reduce your coffee intake.

Most headache sufferers can consume up to 200 mg of coffee per day (the average American drinks 200 to 300 mg, which is roughly two to three cups). The National Headache Foundation recommends, not surprisingly, that you avoid drinking coffee every day if you tend to suffer from caffeine headaches.

Coffee is the most commonly known source of caffeine. These drinks and foods, however, also contain notable amounts of caffeine.

Keep in mind that it isn’t just coffee that contains caffeine—other drinks and foods do, too (see “Common Caffeine Sources” sidebar). It can be challenging, however, to keep track of the amounts. “At this time, manufacturers are not required to label caffeine amounts, and some products, such as energy drinks, do not have regulated limits on caffeine,” says American University psychologist Laura M. Juliano, MD, PhD, who has carried out research into coffee’s addictive qualities.

If you’re finding it hard to ease back on your coffee habit, a 2015 study headed up by Professor Juliano suggests that cognitive behavioral therapy (also known as “talk therapy”) may help. The participants used a “caffeine fading” method to reduce their consumption across five or six weeks. More than three-quarters of them managed to get it below 200 mg per day, and after one year, their coffee intake remained low.

“The negative effects of caffeine are often not recognized as such because it is a socially acceptable and widely consumed drug that is well integrated into our customs and routines,” says Professor Juliano. “While many people can consume caffeine without harm, for some it produces negative effects and physical dependence, interferes with daily functioning, and can be difficult to give up, which are signs of problematic use.”

Is Your Headache Medication Causing Your Caffeine Headache?

Because caffeine has pharmacological effects on the body, it’s an ingredient in some headache medications. It can help relieve your headaches, and also can boost the effect of other painkillers (like aspirin and acetaminophen) by about 40 percent. That’s why you’ll find caffeine in many combination pain-relieving medications. 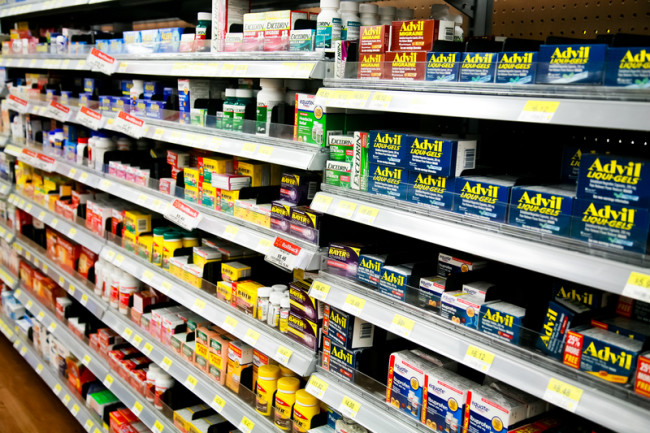 Does your go-to headache medication contain caffeine? Be a label-reader so you know for sure. [Photo: © Aviahuismanphotography | Dreamstime.com]

The theory is that because it increases the effect of analgesics, you’ll take less medication overall. Taking these medications too often, however, can result in a caffeine headache (also referred to as a “rebound headache” or a “medication-overuse headache” in these circumstances).

It’s important to closely follow the dosage and frequency instructions on headache medications, because they can end up causing a caffeine headache. Aim to limit these drugs (whether prescribed or purchased over-the-counter) to two or three days a week to reduce your risk for caffeine headaches. You also should try to minimize your caffeine intake from other sources when you’re taking these medications.

The post How to Avoid That Caffeine Headache appeared first on University Health News.

Read Original Article: How to Avoid That Caffeine Headache »

Previous: Ask the Doctor: Omega-3 Alzheimer’s; Surgery for Epilepsy; Alcohol Dependence Drug
Next: Gluten: Can It Harm Your Brain?